The company’s first product, which is CE approved and undergoing commercial launch, is the sugarBEAT® non-invasive continuous glucose monitoring (CGM) device and BEAT®diabetes digital healthcare platform. sugarBEAT® is a non-invasive and flexible continuous glucose monitor (CGM) providing actionable insights derived from real time glucose measurements and daily glucose trend data. These insights help people with Type 1 or Type 2 diabetes to better manage and reverse their condition and can help those people with prediabetes to prevent the onset of diabetes.

BEAT®diabetes is a health subscription service providing 1-on-1 lifestyle coaching and behavior change recommendations driven by personalized data provided by sugarBEAT®. Insulin users can also adjunctively use sugarBEAT® for determining the proper insulin dosing when it is calibrated by a finger stick reading.

sugarBEAT® is intended to be worn during waking hours and consists of a daily disposable adhesive skin-patch connected to a rechargeable transmitter and an app displaying glucose readings at five-minute intervals. 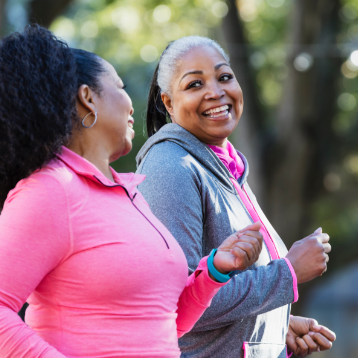 Given sugarBEAT® is non-invasive, affordable, and quite accommodating to a user’s daily routine, it is expected to have wider appeal to non-insulin using patients with diabetes, those with prediabetes, and a segment of insulin users who dislike competing CGMs owing to their invasiveness, cost, and inflexibility.

Nemaura Medical Inc. was spun out from its founding company and listed on the OTC in Q4 2013, and subsequently uplisted to Nasdaq in Q1 2018

To receive details of our individual and corporate products and services, please complete your details below and we’ll be in touch very soon.

Get in touch 
We use cookies on our website to give you the most relevant experience by remembering your preferences and repeat visits. By clicking “Accept”, you consent to the use of ALL the cookies.
Cookie settingsACCEPT
Manage consent

This website uses cookies to improve your experience while you navigate through the website. Out of these, the cookies that are categorized as necessary are stored on your browser as they are essential for the working of basic functionalities of the website. We also use third-party cookies that help us analyze and understand how you use this website. These cookies will be stored in your browser only with your consent. You also have the option to opt-out of these cookies. But opting out of some of these cookies may affect your browsing experience.
Necessary Always Enabled

Performance cookies are used to understand and analyze the key performance indexes of the website which helps in delivering a better user experience for the visitors.

Analytical cookies are used to understand how visitors interact with the website. These cookies help provide information on metrics the number of visitors, bounce rate, traffic source, etc.

Advertisement cookies are used to provide visitors with relevant ads and marketing campaigns. These cookies track visitors across websites and collect information to provide customized ads.

Other uncategorized cookies are those that are being analyzed and have not been classified into a category as yet.